I know that in North America we are all very aware of America’s new presidential shift. Obama has ‘hope’ written on his forehead. However, the US is not the only country where the political climate is changing so that the population is now hopeful again.

Today, I received an email from an South African ‘We Are One World Healing’ participant, who alerted me to what is happening in her part of the world. She wrote:

“Today is a celebration day for me!

There is history being made in Zimbabwe!!!! Yeehaa! I am so grateful for the progress my heart can’t decide whether it wants to laugh or cry! I actually am so moved I end up with my head bowed in namasté.

YOU have something to do with that Astrid!!!!! I know the healing we have done with our meditations has made a difference! Well done.”

To be able to share into her excitement, I checked what BBC has to say about the developments in Zimbabwe, and found this: 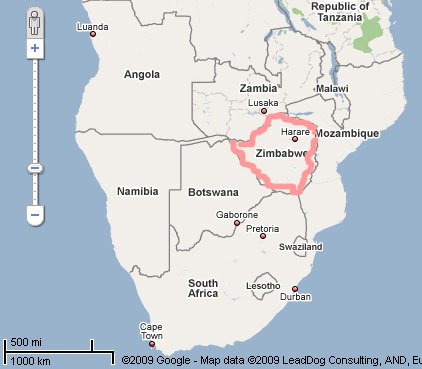 The former opposition leader addressed thousands of cheering supporters after being sworn-in under a power-sharing deal with President Robert Mugabe.

Zimbabwe faces rampant inflation, a cholera epidemic and 90% unemployment. The international community has promised additional aid to the country only if real changes take place.

Addressing a rally at a stadium in Harare, Mr Tsvangirai said the government had to “get the country working again”. “The first priority is to stabilise the economy,” he said. “The economic collapse has forced millions of our most able to flee the country. This must end today.” (source: http://news.bbc.co.uk/2/hi/africa/7884282.stm)

We both agree: “And yes, the ‘move forward’ energy is strong.”