We Are the World

It’s almost 30 years after a group of America’s most musicians, including Michael Jackson, Bruce Springstone, Lionel Richie, and many others) came together to encourage us all to ACTIVELY GIVE to the poorest and starving people in Africa, through their inspirational charity song ‘We Are The World’.

Since New Year, this song has been played over and over again in our family so that it is now an ingrained affirmation for us to live by. Perhaps you would like to make this your affirmation also.

We Are the World – Song Lyrics

We can’t go on pretending day by day
That someone, somehow will soon make a change
We are all a part of Gods great big family
And the truth, you know,
Love is all we need

[Chorus]
We are the world, we are the children
We are the ones who make a brighter day
So lets start giving
There’s a choice we’re making
We’re saving our own lives
Its true we’ll make a better day
Just you and me

When you’re down and out, there seems no hope at all
But if you just believe there’s no way we can fall
Let us realize that a change can only come
When we stand together as one

Over 30 years, many of us have given. Most of us have cared. But, now 30 years later, we realize that one-off donations weren’t enough. Some of us might even offered monthly support for a year or so. We’ve stopped and haven’t done enough. We cared, but not enough.

::
If there is one thing clear, now that we are living beyond 21 December 2012, we have arrived into a new cycle of consciousness. And with this newly gained clarity, there is no more hiding behind anything possible. There is no more kidding ourselves, closing our eyes for which we no longer want to see:

‘Later’ has arrived. It is now. On all matters that are important to us, we must act TODAY. Let’s all now do our share to make this world a better place, you and I. Now is the time to help that person in need that you know. It’s today. Call her up. She’s not likely going to call you. If you have ‘no time’, you can give money so those in need can get help from others.

There are tons of World Aid Organizations and they need your help. Examples:

::
Get inspired enough to make a donation today: Put this song ‘We Are the World’ on, and listen to it a couple of time. You’ll be in a great mood and you’ll be helping someone else in the world … to live. 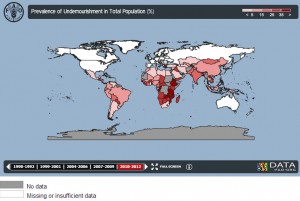 Song Lyrics, by Band Aid. Original credit should really go out to the British version of ‘We Are the World’. The originating British song was called ‘Feed the World’. The story: A not-so-famous singer wanted to make a difference. He invited his most famous colleagues, and within mere days, together, they produced the popular song ‘Feed the World’, whose proceeds benefit charity. It was released just before Christmas. ‘Feed the World’ was the most popular song in the UK for decades!!! (until Elton John commemorated Princess Diane in one of his songs.)

But in our world of plenty, we should spread a smile of joy!
Throw your arms around the world at christmas time
But say a prayer – pray for the other ones
At christmas time, it’s hard but when your having fun
There’s a world outside your window
And it’s a world of dread and fear
Where the only water flowing is a bitter sting of tears
And the christmas bells that ring there are the clanging chimes of doom

Where nothing ever grows
No rain or rivers flow

Do they know it’s christmas time at all?

Here’s to you raise a glass for everyone
Here’s to them underneath the burning sun
Do they know it’s christmas time at all?