Who was Mikao Usui Sensei?

Mikao Usui Sensei was born August 15, 1865 in Kyoto, Japan.  He grew up in an actively practicing Tendai Buddhist family, and entered a Tendai Buddhist monastry near Mt. Kurama as a child.

When he was 12, Usui started his martial arts training in Yagyu Ryu, samurai swordsmanship, in which he later obtained the highest level of mastery, and was highly respected in the martial arts community in his ’20s and  beyond. 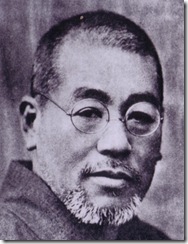 In a country where conformism prevails, Usui Sensei was considered an unusual man. One could say ‘eccentric’. Consequently, he held a wide range of somewhat unusual professions that matched his background: public servant, office worker, industrialist, reporter, politician’s secretary, missionary, and supervisor of convicts.

Usui was private secretary to Shimpei Goto, who was Secretary of the Railroad, Postmaster General, and Secretary of the Interior and State. ‘It seems that his duties were unclear, as it was considered that his role a politician’s secretary could be taken as a fancy title for ‘bodyguard’! Regardless, it was during his time in diplomatic service that he may have had the opportunity to travel to other countries.   Usui travelled to China, America and Europe several times to learn and study Western ways, and this practice was encouraged in the Meiji era.

For a while Usui became a Tendai Buddhist Monk or ‘Zaike’ in Japanese: a priest possessing a home, not living in the temple.

Usui, A Man of Knowledge

Usui had a wide range of interests, and unceasingly broadened his knowledge. He seems to have studied voraciously. His memorial states that he was a talented hard working student, he liked to read and his knowledge of medicine, psychology, fortune telling and theology of religions around the world, including the Kyoten (Buddhist Bible) was vast.

He studied in a large University library in Kyoto, where sacred texts from all over the world were held.   He was a qualified physician, and studied traditional Chinese medicine and Western medicine. His studies also encompassed numerology, astrology, psychic and clairvoyant development.

Usui as Seeker of Truth & Spirituality

In the 1890s, Dr. Usui became a Shingon Buddhist  in 1922, he also undertook Zen Buddhist training for about three years. Many different spiritualist/healing groups were in existence at the time, and one of these – attended by Usui – was ‘Rei Jyutsu Kai’. Today this organisation consists of the most spiritual monks and nuns in Japan, psychics and clairvoyants.

Usui Sensei associated with many people of the highest spiritual values. Some were famous people in Japan, for example Morihei Ueshiba (founder of Aikido), Onasiburo Deguchi (founder of Omoto religion) and Toshihiro Eguchi (who founded his own religion).

“According to Hiroshi Doi, a member of Usui’s Reiki Association in Japan, Mikao Usui wondered what the ultimate purpose of life was, and set out to try to find out. After some time he finally experienced an enlightenment: the ultimate life purpose was ‘Anshin Rytsu Mei’ – the state of your mind being totally in peace, knowing what to do with your life, being bothered by nothing. 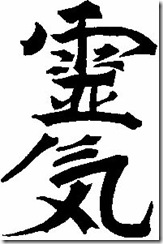 To achieve this goal Usui researched even harder for three years. Finally, he turned to a Zen master for advice on how to attain this life purpose. The master replied "If you want to know; die!" Usui-sensei lost hope at this and thought, "My life is over". He then went to Mt. Kurama and decided to fast until he died.

Usui was looking for a way of knowing one’s life’s purpose and to be content, and despite all his exhaustive research, he could not find a way to achieve this state. The monk’s advice prompted him to go to Mount Kurama and to carry out a 21-day meditation and fast called ‘The Lotus Repentance’, which comes from Tendai Buddhism. He carried out the meditation and, according to his memorial stone, he experienced an enlightenment or ‘satori’ that led to the development of Reiki. He did this meditation five times during his lifetime. “

Usui System Of Natural Healing in Context of Japanese History

In 1868 (when Usui was 3) there was restoration of rule by Emperor, the Meiji Restoration. Mutsuhito reigned until 1912 and selected a new reign title – Meiji, which means Enlightened Rule – to mark a new beginning in Japanese history.

Japan underwent a phase of rapid industrialisation, competing with the West on an equal footing in a relatively short period of 30-40 years. This rapid change created a climate of ‘wanting to keep hold of traditional culture’. The Japanese people wanted to maintain ancient traditions, while embracing the new, and this is what Usui did when he founded Reiki. Reiki was one of the many new spiritual systems and healing techniques being developed.

“Interestingly, one definition of the word ‘Reiki’ is ‘a system that has come into being through a moment of enlightenment’. Originally, Usui referred to his system as ‘Te-ate’ (pronounced ‘tee-ah-tay’), which means ‘hand healing’ or ‘hand application’. According to the Japanese author Michio Kushi, Te-ate is a traditional Japanese form of healing that has been practised for centuries.

He mentions that George Ohsawa, the founder of modern macrobiotics, taught this palm healing throughout Japan, the US and Europe. Kushi referred to Reiki as one of the modern forms of this art to emerge in Japan, and also mentions Johrei (Purification of Spirit) and Mahikari (True Light) as more recent developments. “

“Reiki is a technique or method that is based firmly on the esoteric principles that were represented in Japan in the early part of last century. Usui brought together, in a unique way, the principles of Traditional Chinese Medicine, energy transfer techniques like Chi Kung (in its Japanese form of kiko), Tendai Buddhism in terms of energy exercises, empowerments and spiritual teachings, and Shintoism in terms of techniques used to control the energies. “

The Origin of the  Reiki Symbols

“The symbols that came to be used later in Reiki’s history also have their roots in Tendai Buddhism and Shintoism. This was done in a way that allows anyone to be connected permanently to a source of healing energy, and being able to channel it without having to undergo many years of practice, and they can learn to pass this ability on to other people very simply. “

“Although Reiki is generally promoted within the West as a healing system, it’s original purpose was for the personal and spiritual growth that would be experienced through the system: to know one’s true purpose in life and be content, to heal oneself and find one’s spiritual path, and ultimately achieve satori.

Mount Kurama, where Usui experienced his sartori, is a holy mountain. It is near Kyoto, the former capital of Japan, a place described as being ‘the spiritual heart of Japan’ – a place with a thousand temples representing a whole range of deities. Mount Kurama is also important from a martial arts perspective, being the place where mountain spirits are said to have given the secrets of fighting to the Samurai. “

Passing on the Reiki Lineage

“Usui trained 17 people to Shinpiden, or master level. There were 5 Buddhist nuns, 3 Naval Officers, and nine other men, including Eguchi who was said to have been Usui’s main friend and student. Eguchi later formed his own religion called Tenohira-Ryouchi-Kenyuka.

The Naval Officers were Jusaburo Gyuda/Ushida, Ichi Taketomi and Chujiro Hayashi, and they went on to form the Usui Reiki Ryoho Gakkai. “

It felt like touching upon a golden vain, when I found Ruth’s Reikijoy website. In an email to me she explained that the source of her information about Usui as presented in this article here is from a Reiki Master called Chris Marsh, from the North East of England, who spent long periods in Japan over the last 30 years, and is the only Western Master of Samurai.  This article sheds light on different aspects of Usui’s life and background that were previously in the dark. It borrows extensively from Ruth’s original text (Reikijoy.net/usui.htm). Her site is no longer available online, as Ruth has moved to other healing modalities.

To learn how Author and Reiki Master Teacher Astrid Lee can help you heal with Reiki,
visit http://www.TherapeuticReiki.com