Botanically referred to as citrus limonum, lemon oil is used by aromatherapists to promote both emotional and physical well being. Having a piquant, lemony odor, lemon essential oil also has antidepressant properties. When the oil is used in an aromatherapy massage, it can aid in relaxation and alleviate depression. Lemon essential oil also stimulates the mind. When the powerful lemon oil aroma molecules are inhaled it is said to help in enhancing concentration and improving memory.

Thus, lemon essential oil is very beneficial for the body, mind and spirit. Having its origins in India, the lemon tree was first cultivated in Italy around the 5th century. The cultivation of this plant then extended to other countries. In the past, lemon peel has been used to add fragrance to clothing and as an insect repellent. Thus, this useful and therapeutic fruit has been utilized in many ways since ages. 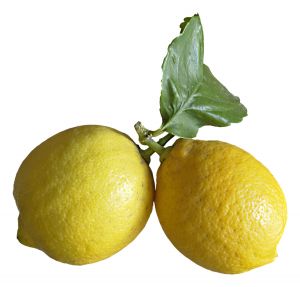 According to Ayurveda, the age-old system of medicinal healing which has been in practice in India, the lemon’s sour taste is useful for regulating and alleviating physical and mental imbalances like constipation, flatulence, irritable bowel syndrome, confusion, hyper activity, anxiety, worry, premenstrual cramps, insomnia, and restlessness. It can also be used to relieve emotional imbalances like anger and frustration.

The Romans are reputed to have used lemon to treat stomach disorders and to freshen up the breath. In the past, the British Navy also used it to prevent scurvy. While lemon essential oil has various properties, it is best known for its ability to fight infections, mainly due to its capacity of stimulating white blood corpuscles, which act as a natural defense of the body.

Lemon essential oil can be used to treat malaria, tuberculosis, typhoid, syphilis and gonorrhea. However, only qualified medical practitioners or aromatherapists should use it to treat these ailments. Other ailments like bronchitis, flu and stomach infections can also be treated by lemon essential oil. It can also help to reduce temperature. Because lemon is a haemostatic, which means it helps to stop bleeding, the oil can be used to treat cuts and other open wounds. Lemon essential oil is also an effective remedy against gastric ulcers because it counteracts stomach acidity. A high amount of acidity is also thought to be responsible for gout, rheumatism and arthritis, which can be alleviated by lemon oil.

Lemon oil is also used as an effective weight loss method because it increases the metabolism and stimulates fat burning cells. When research was done to learn how lemon oil aroma affects the brain, it was discovered that it stimulates the central part of the hippocampus, triggering rational, left brain thinking. Thus a whiff of lemon oil has the effect of swiftly curbing the emotional reactions that trigger off reaching for second helpings and sweets. Disorders of the digestive system which include the pancreas and liver can also be treated by this oil.

For the past 10 years Marilyn Reid has been active as an advocate for Alternative Health Therapies. The author of a soon to be published book on Essential Oils and Aromatherapy, Marilyn has been delving into the upstate New York fields of therapeutic Essential Oils for over 7 years. For more information check out, http://www.tarunaoils.com;