International Women Day: Where Are We Going?

March 8, 2011 marks the 100th anniversary of the International Women’s Day. 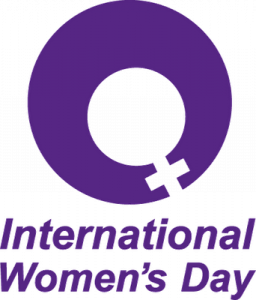 Now, after 100 of being change agents improving our lives and the lives of others immediately around us, what are we to do next? What do we wish to see in the world? What are the issues to focus on? What are the jobs to do? …. and just how significantly do we want to take on the challenges that lie ahead?

Or phrased differently: … What do we, Western women 2011, want to be known for, in a century from now? Abandoning Coca Cola in exchange for Yogi Tea??!! Or, something more fundamental than this? Let’s look at the challenges first, and then we decide.

Women 2011, Agents of Change In the Field of Health

“Over the past 100 years, many advances have improved the health of women and girls. Examples include: social and legal reforms regarding the minimum age of marriage and sexual consent; access to safe abortion services (where legal), contraception, mammograms and other health technologies; and progress towards ending harmful practices such as sexual and gender-based violence, including female genital mutilation. “ writes the World Health Organization (WHO).

Where Action for Change is Needed, Today

Collectively we must reduce/reverse and eliminate these conditions that we are faced with in the world today. However, these issues are not equally distributed throughout the world, and the issues facing women in developed countries differ from those living in developing countries. East and West: Yin and Yang.

Health Challenges for Us to Tackle in North America & Europe

Non-communicable diseases in women are in focus in today’s health care for the Western world, i.e. North America and Europe.

E.g. The European Region is the most affected by noncommunicable diseases (NCD), and their growth is startling. Cardiovascular diseases (CVD) are the number-one killer, causing more than half of all deaths across the European Region. **

As we know, cardiovascular health can greatly be improved by lifestyle changes. Less stress and more Reiki for relaxation and balance are two things that come to mind instantly. However, I’m not a doctor, but a Reiki Master.

The reputable Mayo Clinic has 5 so simple ways to improve heart health and reduce risks, that are of the same category of simple life style changes.

In developing countries the health/survival challenges are quite different. High maternal mortality rates, high HIV rates amongst young women, sexual and other violence against women are the main causes of death amongst women.

If we look a step behind these challenges, it’s quite clear that extreme poverty, lack of education, and in-existence of health care for women are major handicaps that we in Western countries may find hard to imagine, but can actually do something about.

We could choose to offer women around the world improved education, improved access to higher quality health care, support for social change to end domestic and social violence and other discrimination against women and we could choose to give them the tools for change they need to improve their lives and so of their families overall.

Are WE Really Meant to Take Care of the Health Care Challenges facing Other Parts of the World??

As the Western world is a holder of the majority of the world’s financial resources, and of the resources required for instigating the changes required, yes, our support and care is paramount.

I’d argue that once we can feel part of a global community, our society is to pay equal attention to offering solutions for the issues underlying to the common causes of death of women in all parts of the world.

Now that we understand these Challenges that are facing women in the World, it is up to us, individually as well as collectively, to support directly and indirectly the various initiatives to resolve these issues.

If we want to heal as a world society, we have so see humanity as a global community and treat all parts as equal. Global cooperation & support, and an attitude of oneness, I believe, are worthwhile values that I would like to see our society to be remembered for in the century ahead. Not just lip-service, but genuine reaching out, sharing and caring.

The World Health Organization has a clear set of strategic objectives that underlie  its various initiatives.

Likewise, we can make a personal plan of what our personal objectives are, of what the changes in society are that we want to have contributed to, and just begin.