Continuation of the article by Glen Lim:

Let’s continue with Feng Shui for 2008 with the southwest.

Southwest
The 7 violent red star is of negative energy in nature. This star is known for creating violence, financial losses and gossip.

The earth energy from the 5 fearsome yellow star of period 8, add on to the metal energy of the 7 violent red star, to create dispute and poor diplomatic ties (and possible violent) between countries in this region.

West
The 3 argumentative jade star resides in the West direction in 2008. Fuel by the water elemental energy of the 1 white of period 8, brings more quarrels, disharmony and dispute to the western countries.

Northwest
In 2008, the 2 illness black star occupies this direction. Its interaction with the 9 multiplying purple star turns prosperity to sickness.

Travelers to Eastern Europe and Russia should take precautionary measures as this region tends to be the origin of epidemics in 2008.

Central
1 white star resides in the center of the flying stars feng shui for 2008. Rightfully, this should bring strong global economical growth. However, the earth energy from the 8 auspicious wealth star diminishes the energy of 1 white star. 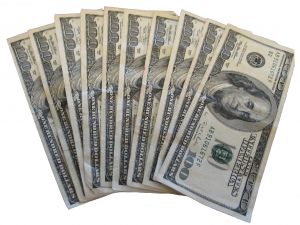 On the whole, the global economy should still be reasonable promising in 2008. However, expect fluctuations in the property, finance and tourism industry over the months.

As I have mentioned earlier, the Flying Stars Feng Shui affect the global outlook and every single building on this planet. What does it mean for your house and office then?

Part 3 of Feng Shui for 2008: the impact on the 2 most important building to you: your home & office.

About the author
Discover more ways to harness the power of feng shui and crystals to your advantage. Tap into the energy of Nature to attain your heart’s desire by visiting: http://www.crystalsbay.net. Don’t miss this opportunity to make crystals work in 2008 and the years beyond. From Glen Lim – The crystals metaphysician