-Star of Bethlehem : In Essence: HEALING

“I’m calm, my soul soothed.  The past is over now and I am free from it. I bath & heal in the Divine light.”

"For those in great distress under conditions which for a time produce great unhappiness. The shock of serious news, the loss of someone dear, the fright following an accident, and such like. For those who for a time refuse to be consoled, this remedy brings comfort." – Dr. Edward Bach 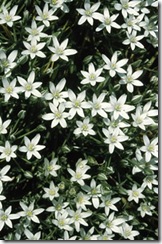 Star of Bethlehem: This Essence helps when a child has been through a traumatic experience both during and after.

Star of Bethlehem is for the after-effects of shock, mental or physical as a result of accidents, bad news, bereavement, sudden disappointments, frights etc.

Although ideally taken immediately after the event, it is also excellent for delayed effects which may manifest years after the event in the form of physical symptoms. People may be numbed and withdrawn with a sense of loss or grief.


Star of Bethlehem is an important ingredient of the Rescue Remedy. It is useful for both mother and child immediately after birth.

The positive potential of Star of Bethlehem is to neutralize the effects of shock, whether immediate or delayed, thus helping the sufferer to recuperate.
Dr Bach described this remedy as ‘the comforter and soother of pains and sorrows’.


The Bach Flower Essences are made 100% naturally from spring water infused with wild flowers, either by the sun steeping method or by boiling. The Essences are hand produced exclusively in England without the aid of mechanical devices. You should always keep in mind, however, that the remedies are preserved in neat brandy, and for this reason use caution when giving them to recovering alcoholics or people who are allergic to alcohol or object to its use on religious or moral grounds.

Back to Overview of Bach Flower Remedies