(in the face of crisis)

I feel courageous, even in the face of extreme challenges. As an immortal spirit, I am in God’s hands. 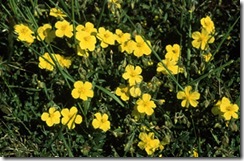 "The remedy of emergency for cases where there even appears no hope.

In accident serious or sudden illness, or when the patient is very frightened or terrified, or if the conditions is serious enough to cause great fear to those around.

If the patient is not conscious the lips may be moistened with the remedy." – Dr. Edward Bach

The Rock Rose essence helps when a child feel terror, such as after being in an accident or having a near escape, or from witnessing an accident. The fear gives a child a sense of frozen fear and helplessness.

Rock Rose is for terror such as may occur after being in an accident or having a near-escape, or from witnessing an accident. When under acute threat – such as a natural disaster, sudden illness, a mugging, etc., there is a sense of frozen fear and helplessness.

The Rock Rose state is usually brief, related to a particular crisis. The positive potential of Rock Rose is courage and presence of mind; the person who is calm and self-forgetful in emergencies.

Back to the Bach Flower Remedies Overview