This questionnaire can help you learn the different type of emotional imbalance that each Bach Flower Remedy addresses. You may want to read more about each flower essence to select the best combination for you.

If you have a long list of possibly suitable Bach flowers, then take the name of each flower essence in your mind and use the pendulum to determine if this essence what you should be ordering/taking today. 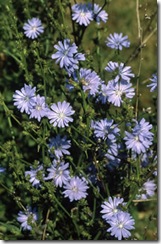 Agrimony
__I hide my feelings behind a façade of cheerfulness
__I dislike arguments and often give in to avoid conflict
__I turn to food, work, alcohol, drugs, etc. when down
Aspen
__I feel anxious without knowing why
__I have a secret fear that something bad will happen
__I wake up feeling anxious
Beech
__I get annoyed by the habits of others
__I focus on others’ mistakes
__I am critical and intolerant
Centaury
__I often neglect my own needs to please
__I find it difficult to say "no"
__I tend to be easily influenced
Cerato
__I constantly second-guess myself
__I seek advice, mistrusting my own intuition
__I often change my mind out of confusion
Cherry Plum
__I’m afraid I might lose control of myself
__I have sudden fits of rage
__I feel like I’m going crazy
Chestnut Bud
__I make the same mistakes over and over
__I don’t learn from my experience
__I keep repeating the same patterns
Chicory
__I need to be needed and want my loved ones close
__I feel unloved and unappreciated by my family
__I easily feel slighted and hurt
Clematis
__I often feel spacey and absent minded
__I find myself unable to concentrate for long
__I get drowsy and sleep more than necessary
Crab Apple
__I am overly concerned with cleanliness
__I feel unclean or physically unattractive
__I tend to obsess over little things
Elm
__I feel overwhelmed by my responsibilities
__I don’t cope well under pressure
__I have temporarily lost my self-confidence
Gentian
__I become discouraged with small setbacks
__I am easily disheartened when faced with difficulties
__I am often skeptical and pessimistic
Gorse
__I feel hopeless, and can’t see a way out
__I lack faith that things could get better in my life
__I feel sullen and depressed
Heather
__I am obsessed with my own troubles
__I dislike being alone and I like to talk
__I usually bring conversations back to myself
Holly
__I am suspicious of others
__I feel discontented and unhappy
__I am full of jealousy, mistrust, or hate
Honeysuckle
__I’m often homesick for the "way it was"
__I think more about the past than the present
__I often think about what might have been
Hornbeam
__I often feel too tired to face the day ahead
__I feel mentally exhausted
__I tend to put things off
Impatiens
__I find it hard to wait for things
__I am impatient and irritable
__I prefer to work alone
Larch
__I lack self-confidence
__I feel inferior and often become discouraged
__I never expect anything but failure
Mimulus
__I am afraid of things such as spiders, illness, etc.
__I am shy, overly sensitive, and modest
__I get nervous and embarrassed
Mustard
__I get depressed without any reason
__I feel my moods swinging back and forth
__I get gloomy feelings that come and go
Oak
__I tend to overwork and keep on in spite of exhaustion
__I have a strong sense of duty and never give up
__I neglect my own needs in order to complete a task
Olive
__I feel completely exhausted, physically and/ or mentally
__I am totally drained of all energy with no reserves left
__I have just been through a long period of illness or stress
Pine
__I feel unworthy and inferior
__I often feel guilty
__I blame myself for everything that goes wrong
Red Chestnut
__I am overly concerned and worried about my loved ones
__I am distressed and disturbed by other people’s problems
__I worry that harm may come to those I love
Rock Rose
__I sometimes feel terror and panic
__I become helpless and frozen when afraid
__I suffer from nightmares
Rock Water
__I set high standards for myself
__I am strict with my health, work &/or spiritual discipline
__I am very self-disciplined, always striving for perfection
Scleranthus
__I find it difficult to make decisions
__I often change my opinions
__I have intense mood swings
Star of Bethlehem
__I feel devastated due to a recent shock
__I am withdrawn due to traumatic events in my life
__I have never recovered from loss or fright
Sweet Chestnut
__I feel extreme mental or emotional heartache
__I have reached the limits of my endurance
__I am in complete despair, all hope gone
Vervain
__I get high-strung and very intense
__I try to convince others of my way of thinking
__I am sensitive to injustice, almost fanatical
Vine
__I tend to take charge of projects, situations, etc.
__I consider myself a natural leader
__I am strong-willed, ambitious and often bossy
Walnut
__I am experiencing change in my life–a move, new job, etc.
__I get drained by people or situations
__I want to be free to follow my own ambitions
Water Violet
__I give the impression that I’m aloof
__I prefer to be alone when overwhelmed
__I often don’t connect with people
White Chestnut
__I am constantly thinking unwanted thoughts
__I relive unhappy events or arguments over and over again
__I am unable to sleep at times because I can’t stop thinking
Wild Oat
__I can’t find my path in life
__I am drifting in life and lack direction
__I am ambitious but don’t know what to do
Wild Rose
__I am apathetic and resigned to whatever happens
__I have the attitude, "It doesn’t matter anyhow"
__I feel no joy in life

Back to Bach Flower Remedies Overview 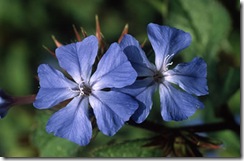