Acupuncture: An Ancient Healing Art For Today – I

Forty-four-year-old Mary W. could not find help for the migraine headaches that had plagued her for years.

One or two drugs assisted in numbing the pain, but none rid her of the problem for long.

She was not happy with the drowsiness and digestive upset that painkillers brought, and became increasingly afraid that she may have to rely on analgesics and antidepressants for the rest of her years.

She sought acupuncture treatments as a last resort. (*note TherapeuticReiki.com: Yes, she could have tried Reiki too.) It was found that her headaches were related to her menstrual cycle- something she intuitively suspected, but was told had no correlation. It was also discovered that her other complaints of anxiety, restlessness, poor sleeping and severe premenstrual symptoms, together with signs that included a pale tongue with red edges and a weak, tense pulse quality, indicated an imbalance of liver and heart energy.

Mary began a 12-week acupuncture treatment program incorporating Oriental bodywork, dietary counseling, herbal medicine and meditation – all aimed at restoring balance to her liver and heart energy. By the third treatment her headaches and premenstrual symptoms were much improved. A month ahead of schedule she had experienced such a dramatic change in her PMS – less weepiness, irritability, anxiety and no headaches – that she was able to taper off her treatments to every two weeks. Mary, who reports feeling more at ease in her daily life and enjoying her husband and kids more, now has acupuncture treatments once a month for maintenance, and to prevent potential problems from arising.

Mary is just one of nine to 12 million patients in the U.S. who have discovered the benefits of acupuncture and visit an acupuncturist each year, according to a 1993 Federal Drug Administration (FDA) estimate. In a nation where we are plagued by increasing chronic and degenerative disease, and faced with the limitations of drug therapy and surgery, acupuncture and the Oriental healing arts employ safe, non-invasive therapies and natural medicine to restore balance to the four levels of a person: body, emotions, mind and spirit

Although acupuncture has a history that spans approximately 5,000 years and is used by 25% of the world’s population, it has only been in the last decade that its popularity has increased significantly in North America. One of the reasons for that increase is that people have discovered that acupuncture produces results. In a study conducted in six clinics in five states, 91.5% of patients treated with acupuncture reported disappearance or improvement of symptoms; 84% said they go to see their physicians less frequently; 79% said they use fewer prescription drugs; and 70% of those to whom surgery had been recommended said they avoided it. 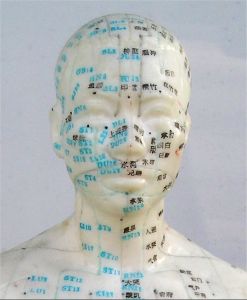 Most people know that acupuncture involves the insertion of needles into the body but many don’t really understand how it works or the philosophy behind the treatment. Acupuncture is a major part of the system of Oriental medicine. It’s based on the same basic principle from which all of the Oriental healing arts spring – that an invisible energy system underlies the body, and that imbalance in that energy (Qi) leads to illness. Eastern modalities also include Oriental bodywork therapy, dietary therapy, herbal medicine and Qi Gong (energy-based meditation). Underlying them all is a world view that sees human beings as directly connected to all life, and part of the same design that includes the entire cosmos.

In the Oriental view, health is balance or harmony within a person and their environment that manifests as a peaceful vitality. Oriental medicine emphasizes the prevention and treatment of illness, addressing the diet and lifestyle factors which influence health and disease, and encouraging a person to become more self-aware. The goal of therapy, with acupuncture and the other arts, is to restore balance to a person’s underlying foundational energy, and in doing so attune her to that part of herself that knows how to live in a healthful and peaceful way. The ultimate aim is to help people manifest their unique potential or destiny (ming) in life.